FROM STAR TO CELL: "THE WAY OF THE SOUL"

Tama-Do, (which means "Way of the Soul") Academy is dedicated to the evolution of Human Consciousness through research, teachings and creativity.

With a summer base in the South of France and a Sound Garden in Southern California, we offer courses in non-invasive techniques using Sound, Color and Movement® and Harmonizing Concerts to ground the Soul in daily life. Everyone is Welcome!

RESEARCH BEHIND THE ACADEMY

Tama-Do Academy was founded in 1988 by French musician, composer, acupuncturist, researcher and bio-energetician, Fabien Maman, whose revolutionary biology experiments in the early '80s showing the impacts of acoustic sound on human cells, created the field of vibrational sound therapy, as we know it today. 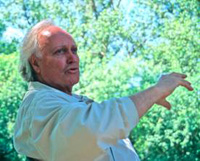 Fabien Maman found that through a series of acoustic sounds, healthy cells would change color and shape according to the pitch and timbre of each note. He also discovered that when healthy cells felt a 'vibratory affinity' with a certain note, the cells' aura would transform into a mandala shape with vibrant colors of pinks and blues.

Maman concluded that this was the cell's 'fundamental note', and if the person 'tuned' with it, harmony could be achieved within the cells, the energy field of the person and the outside world.

Guided, Fabien Maman created Tama-Do Academy as a platform to extend his vibrational research to the world. If he could harmonize cells in a petri dish, why not harmonize the whole Human Being, or Humanity itself?

For nearly 30 years, Fabien Maman has created research and practical applications using Sound, Color and Movement® to balance the body, mind and spirit through the subtle energy fields (aura). He has created more than 30 techniques through the Academy, each of which has been tested for at least seven years. He is in the process of developing at least 20 more. 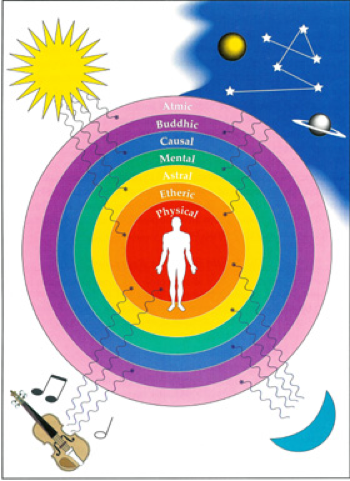 VIBRATION: THE LINK BETWEEN CELLS AND SOUL

In each cell of our body is written the Divine Story. Within the heart of our Soul is the blueprint of our DNA. Where body and soul meet is in our energy fields. And what makes the link is vibration.

Fabien Maman believes that all vibration starts in our subtle energy fields. Every second, we receive messages from the stars, planets, colors of the rainbow, nature, human energy … all the kingdoms between heavven and earth. We also receive messages from our thoughts, emotions, behavior and action.

It is up to us to determine what we will do with these messages. Will we receive them as positive or negative vibration? This depends on which level of consciousness we choose to live.

Imbalance occurs when we allow negative patterns to crystallize in our energy fields. Health and vitality occurs when we are "in tune" with ourselves, nature, the cosmos and beyond…

Sound, Color and Movement®, according to Fabien Maman, are the most effective tools to dissolve negative energetic patterns in the field, as well as to open the way to the vibrational gifts of the Universe.

Sound alone, he says, is not enough. You must add color to "fix" the sound, and Chi movement to ground the sound and color into the body, on a cellular level.

Once our energy fields are clear, we can link with the original plan of our Soul.

"This work with energy and music is the spiritual work for the coming age. When scientific research, spiritual practice and artistic expression work together, heaven and earth are in resonance.

HISTORY OF THE ACADEMY

In the early 80s, after Fabien Maman conducted his cellular experiment, he began a tour of lectures in Europe, introducing his research. This eventually led to workshops on sound, color and movement.

In 1988, he met French Sensitive Patricia Janusz in London, who helped him to channel the Academy Guides, who transmitted to Fabien the structure of the Academy.

It was to be a three years course. They put a tiny leaflet on some trees in a park, and waited to see what would happen.

More than 100 people signed up for the course! And the official Academy began.

The first Academy classes were in London; Vevey and Zurich Switzerland; Paris and Leningrad in the former Soviet Union. Tama-Do students signed up in advance for three years of study, meeting one weekend a month in their respective cities, with a longer intensive summer course in the South of France.

Fabien taught three generations of three-year courses in Europe. He expanded to Edinburgh in Scotland, Munich and Frankfurt Germany, Berne in Switzerland and Oslo, Norway. This was before e-mail, fax machines and computer. Fabien rarely used a telephone. Communication was sent into the 'grid' and directed by the Guides through the energy fields.

At the peak of the Academy in Europe, the Academy Guides instructed Fabien to expand his vibrational work to America.

Today Tama-Do Academy is a global Academy, with a summer base in the South of France and a Sound Garden Center in Southern California. We have more than 1000 registered students world-wide, with hundreds more that took the trainings before there was a database. We have Tama-Do Certified Practitioners throughout the United States and Europe.

We offer workshops and lectures and perform Harmonizing Concerts around the world.

Fabien Maman is the founding father of vibrational sound therapy, as we know it today. His research and practical application of more than 30 techniques using Sound, Color and Movement® in the energy fields are finding their way to other modalities…

His musical scales and modes that correspond with the elements, organs, meridians, chakras, subtle bodies, seasons, and beyond… are being incorporated into other systems…

And his Harmonizing Concerts, with researched systems of correspondence between the elements, meridians, chakras, directions and stars and the musical key, mode, instrument, rhythm and energy of each season, are working to heal on a more global level. When played, these Seasonal Harmonizing Concerts bring human beings, nature and the cosmos into healing harmony.

HISTORY OF THE TAMA-DO LOGO

When Fabien Maman was 14 years old, he went on a camping trip with his Boy Scout Troup. At sunset, his leader pointed out Venus, the Moon and the Sun, all arranged in a triangle in the sky. Fabien remembered being overwhelmed by the beauty. It was a year when Venus was particularly close to the earth.

While playing in the forest, Fabien got lost. He found himself in the middle of some huge pine trees, when suddenly, he had a vision: a Greek temple with 2 columns in marble, on top of which was a big green, emerald-like triangle, with the words: ""Académie de développement pour l'Humanité".

Upon his return to Paris, he drew the picture which was in his head. It was the logo.

The triangle represents music; the 7 flames, the power of Nature that links us to the Cosmos. And the sun around the triangle is the mirror of our inner diamond in the center of our heart.

It was years before he began to understand the meaning of the symbol.